The store will not work correctly in the case when cookies are disabled.
Toggle Nav

Many precious gemstones have a long and rich history which have created superstitions and folklore. Much like horoscopes, it is believed that each month of the year is linked to a particular gemstone, known as a birthstone.

Although there are multiple birthstones for each month, we have chosen the most popular on the market and described each month below, simply click on the month from the menu above. Whether you are looking for a gemstone linked to the recipient’s birthday, or something to commemorate a special occasion or life event, we hope this guide can make a piece of jewellery something truly personal, that will be treasured for a lifetime.

Coloured gemstones come in many different forms, each with a different chemical make-up. The industry tool for measuring the hardness and durability of a gemstone is called the Mohs scale of hardness (shown in the image). It supplies each gemstone with a hardness rating from 1-10, with diamond being 10 and talc being 1.

A gemstones hardness rating should not put you off buying a particular stone however; consider it as a guide only so you know what to expect. A ring with a gemstone on the lower end of the Mohs scale would be more suitable as an occasional piece, rather than for everyday wear.

This is why sapphires and diamonds, both very high on the Mohs scale, are the most popular gemstones for engagement rings - for a piece of jewellery that is meant to be worn every day for the rest of your life, you want to make sure it won’t lose its sparkle by being scratched!

If you’ve fallen in love with a particular gemstone that falls low on the hardness scale, but still want to be able to wear it everyday, consider it in a necklace or pair of earrings as these pieces are much less likely to be knocked or scratched. 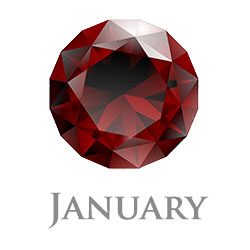 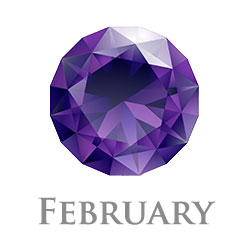 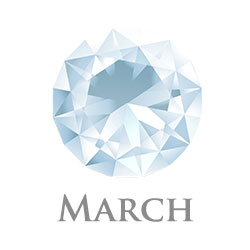 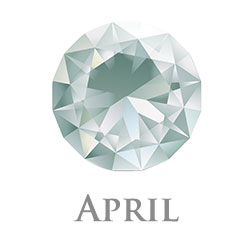 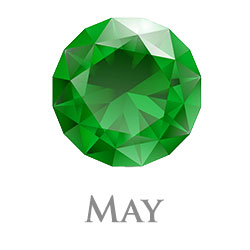 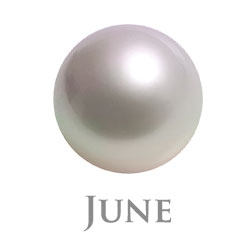 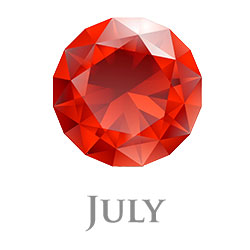 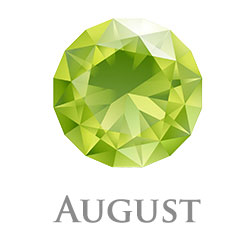 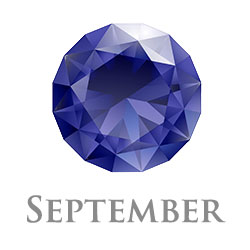 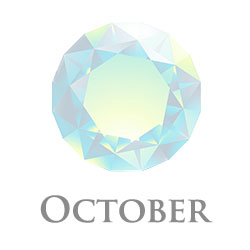 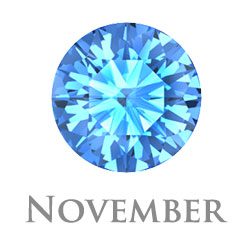 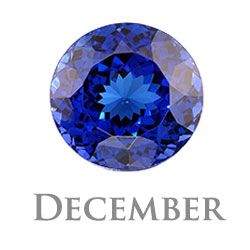 Note: Each gemstone shown below differs in carat weight and shape. They are shown only to illustrate birthstone type.

Garnet is traditionally a deep red stone. The red version of garnet is the most popular and well known version of the stone, but there are also demantoid garnets which are green in colour and extremely rare. 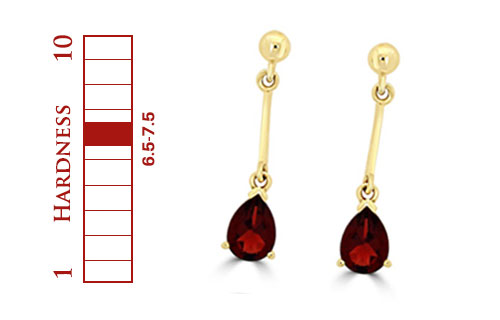 Amethyst is a vitreous (glass like) purple gemstone. It can be found in many different shades of purple, from very pale lilac to an almost opaque dark purple. Amethyst has been popular since the Ancient Greeks and its beautiful colouring means it is still popular today. 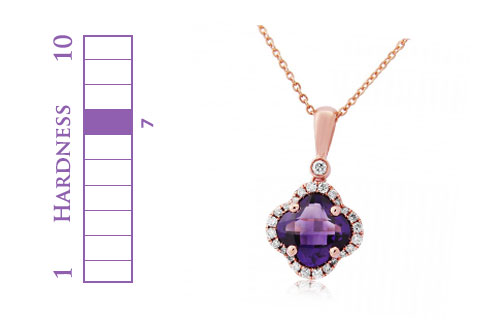 Aquamarine is a translucent pale blue gemstone, which is actually part of the emerald family. emerald and aquamarine are known as ‘Beryl’ stones, which means they have similar properties and hardness but look very different. 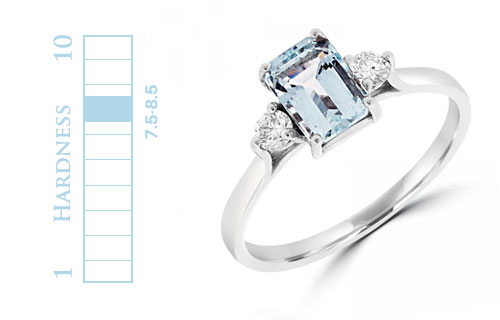 Diamonds have been lusted after since their first recorded existence in the 4th century BC. The earliest known diamonds were found in rivers in India, and even then they were recognised as beautiful and valuable. 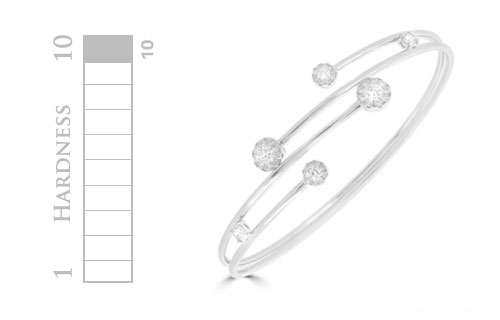 Emerald is a beautiful green gemstone which is said to have many healing properties. It is known for its beautiful vivid green colouring and is from the same family as aquamarine. Emerald is from the beryl gemstone family, meaning it is very hard. 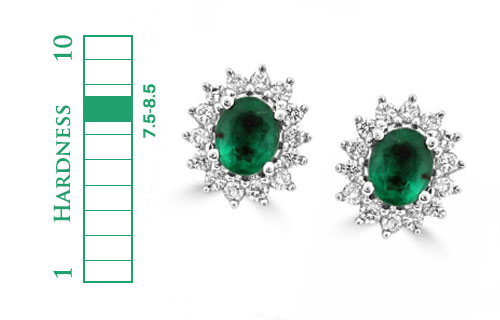 Unlike other precious gemstones, pearls are not mined but are formed naturally in living molluscs. Pearls occur spontaneously in the wild, and the most beautiful pearls command a very high price tag. Cultured pearls are natural but farmed, and still provide a beautiful lustre. 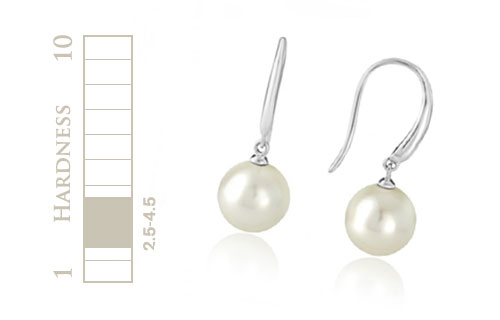 Ruby is a naturally occurring red gemstone which has a long history in jewellery. Its deep red colour has made it a sought after gemstone since around 200BC! Frequently associated with royalty, it has been one of the Cardinal gemstones (the others being diamond, sapphire, emerald and amethyst) for a very long time. 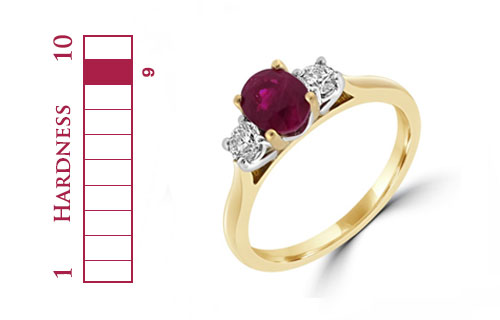 Peridot is an unusual green coloured gemstone. Unlike some other precious stones it is only ever found in green, although this can vary between paler and deeper tones. Peridot is formed deep beneath the earth's crust, and is brought to the surface by volcanic activity. 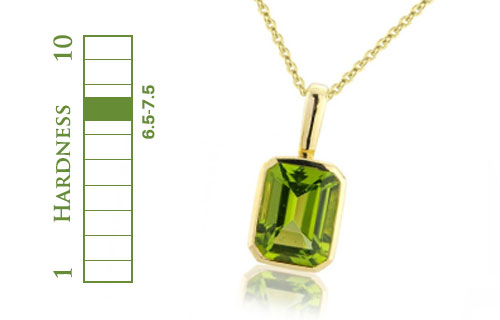 Sapphire can be found in many colours including pink, green, white, yellow and purple. Most commonly it is a vitreous blue colour. Sapphire is one of the cardinal gemstones and has a long history associated with royalty and romance. 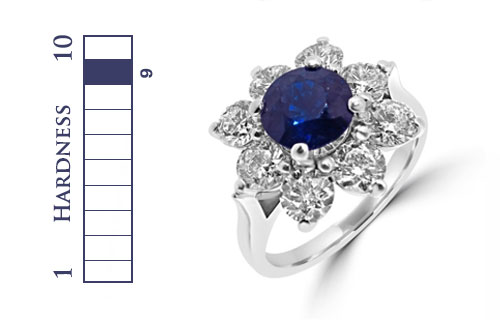 Opal has a long and unusual history. It is a naturally occurring gemstone which displays all the colours of the rainbow. There are two main types of opal; white opal, which has a light almost milky look, and black opal, which is much darker and makes the iridescent colours more pronounced. 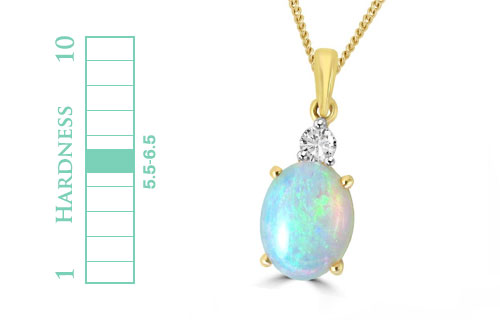 Topaz comes in many colours and shades, similar to the sapphire. Although blue is the most popular hue, topaz can be found in many shades including white, and yellow (more commonly known as citrine). 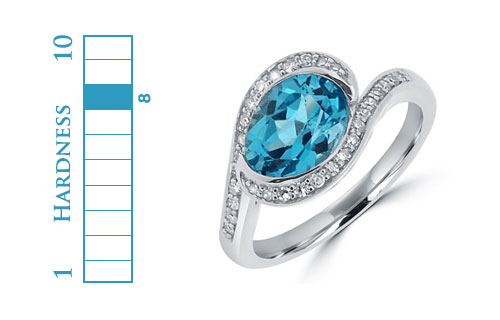 Tanzanite is a unique and very rare gemstone. It is a vivid blue-violet colour and can appear to have different colour tones depending on the lighting. It does not have the long history of many of the other birthstones as it is a very recent discovery. 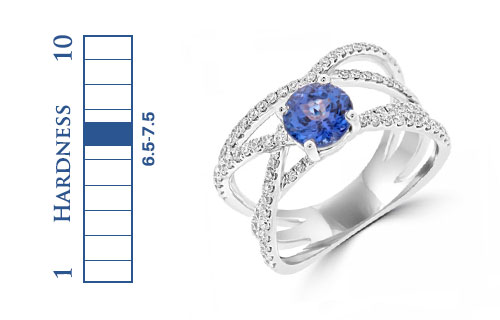 Contact us by phone at 0141 221 5855 or by email at [email protected]. We love our work and will be happy to help you with your query, we can also book a convenient time for a consultation to find the exactly what you need.. 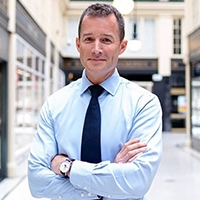 Simon is the 5th generation Porter to look after the day to day running of the James Porter & Son store since its inception in 1858. Working alongside his father since 1995 and eventually taking over the reins full time in 2007.

Send us an email